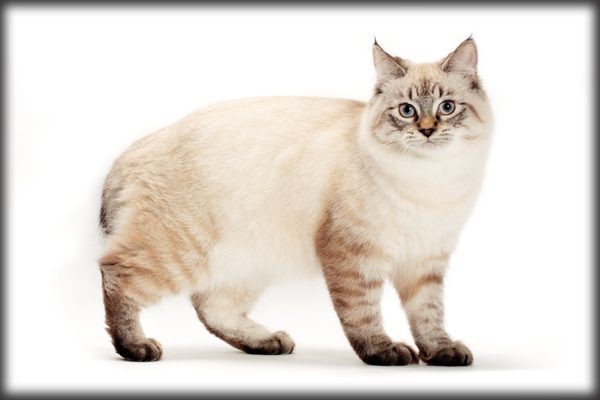 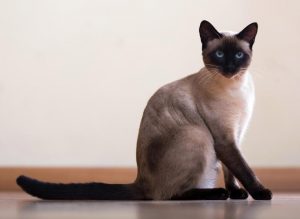 Though there are many different breeds of cats, they are really unimportant to a great number of cat owners. Most of the time, owners look for personality and appearance over a specific breed. However, one breed of cat, the Siamese, has remained a very popular and much sought after breed of cat for many feline lovers.
The Siamese Cat is known as being a very regal cat throughout history. Even today, it maintains an elegant and sleek form, and remains the most popular of all pedigreed cats. The Siamese Cat comes in a variety of different colors. Most of the time, the body is one color while the outer “points” are another color. Because of this variation, the colors of a Siamese Cat are commonly referred to as Red Point, Blue Point, and so on. The Siamese Cat is most commonly a light color, often just a few shades darker than white, with darker points. 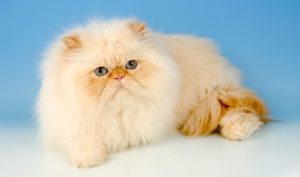 The Persian cat is thought to be the oldest breed of cat in the world. You might sometimes hear it referred to as the longhair cat, due to its appearance and popularity. As the name suggests, the Persian cat originated in the country of Persia. However many people thought it to great of a cat to be contained in one country. Today the Persian cat is known for being the mascot figure of a popular brand of cat food, and is one of the most commonly sought after pet cats in the world.

Some people also believe that these cats originated from Turkey, as well as England. The Persian Cat held a very special spot within the hearts of England’s royal families as well as to the king of Persia. Persian Cats were considered to be a valued possession.
Persian cats are known for their beautiful coats. The coats are very long and come in any cat color. Because of the long coat, owners must ensure that they stay on top of their Persian cat’s grooming. Otherwise, the Persian cat’s coat will become matted and tangled. Owners may also wish to bathe their Persian cat more often than the average short haired cat.

The Persian cat has a shorter, almost stubby body and a very round head. Additionally it is known for its flat face and muzzle. Most Persian cats live to be at least ten years old, but many end up living much, much longer. A healthy Persian cat may live to be twenty years old, so they are definitely a commitment.

Along with their physical beauty, the Persian cat is known for its inner beauty. You will often find that owners praise the cat for its easy-going nature. The British are especially known for their love of the Persian cat. They are social and laid back, perfect for lounging around their home with their owners. With all of their gorgeous qualities, it makes sense that they are one of the most admired cats in the world. Persian cats have set the standard for long haired cats everywhere.

Persian Cat Care
Persian cats require the same kind of care that you would give to any other species of domesticated cat. Such as providing your cat with the best kind of food and making sure that fresh water is always available to them. Remember to not let your cat’s food spoil because if they eat this they can become quite ill.

Always keep your cat’s litter box clean and well maintained. Persian cats require a special type of litter due to their long hair.
Persian cats also have a very short face and are prone to breathing problems. So be sure to have your Persian cat checked regularly by your vet. Also take your Persian in to see the vet as soon as you notice something out of the ordinary with your cat. Only you will be able to spot when something’s not right.

Also make sure that you keep up to date with your Persian cat’s vaccinations and dental cleanings as well. You should try to spend as much quality time with your cat as possible.
Caring for a Persian Cat is a unique and rewarding experience. And as soon as you get the hang of it you and your Persian will be able to become used to the care routine. 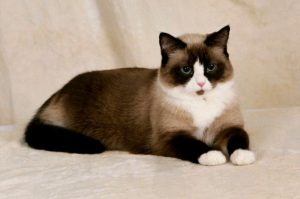 The Snowshoe cat tends to be quite vocal. Nevertheless, most owners agree that they have a quiet and even pleasant meow. The Snowshoe cat is known for being very loyal to his owner. Due to his loyalty and love of people, he needs more attention than many other breeds of cat. However his social personality makes him quite the lovable and fun cat.
Despite all of his great attributes, the Snowshoe cat is not one of the most common cats. He traces his ancestry back to the Siamese. However due to difficulty in achieving the coat pattern through breeding, the Snowshoe cat is rather rare compared to most pet cats.
The lucky cat owners who do have a Snowshoe cat to call their own are usually quite pleased with their cat. The low maintenance coat, physical uniqueness, and great personality make the Snowshoe cat a fantastic pet to own and love. 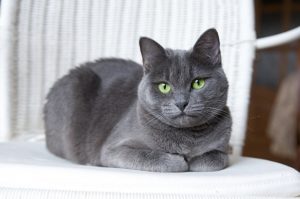 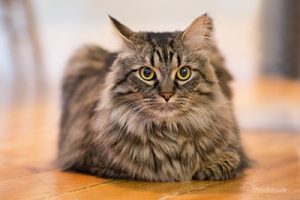 The Maine Coon is the oldest North American-based cat. Because of its heritage and distinct characteristics, it is also one of the most popular cats in the world. In fact, it has garnered so much respect in the New England area that it was named the state cat of Maine. Find out what makes the Maine Coon so special worldwide, not just in America.
The Maine Coon is known for being a very large cat. The cats typically weigh anywhere from 13 to 18 pounds, with the females significantly smaller than the males. Despite the females smaller size, she is often the most demanding of respect, and male Maine Coons tend to be the more playful gender. Both the male and female Maine Coon cats have a very muscular frame and are large not only in weight but also overall structure.

Due to their New England origin, the Maine Coon has developed a great number of characteristics ideal for braving cold conditions. For example, they have very large paws, perfect for traversing through snowy conditions. Maine Coons also have long coats that keep them warm and dry in wet conditions. Despite the long coats, the Maine Coon requires little coat maintenance, but do best with weekly brushing . Their tails are particularly bushy and serve as an extra means of warmth in the winter months. Though the most common coat is tabby, either all brown or brown and white, the Maine Coon can be found in almost any color.
The Maine Coon cat is very adaptable, which makes it an excellent pet cat. They are known for being intelligent, and thus easy to train. The Maine Coons are also of a pretty relaxed disposition, lending them well to households with children and even other pets. Additionally, you can expect the Maine Coon to remain playful throughout most of its life. Though they are not clingy, they are friendly and generally appreciative of attention from their owners. 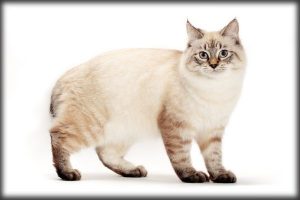 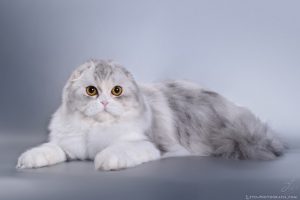 This unusual breed of cat originated in Scotland in the 1960’s. The first known Scottish Fold cat was named Susie. She was a white barn cat whose ears were not upright like a normal cat. Instead they were tucked down and forward on her head. Susie also had big wide eyes and soft plush fur, and so become the first cat to be bred to create the Scottish Fold breed.

When these cats are bred properly, they should have a rounded head with tightly folded ears, large wide eyes and a constant look of either surprise or terror. They are usually seen as quite stocky and with a definite muscular pattern showing in their front legs and chest area. However, it is interesting to note the larger the cat’s jowls are, the tighter their ears are, as well as the wider their eyes are. This all amounts to a beautiful cat that proves to be a champion in the show ring.

However, Scottish Fold cats that are born with straight ears instead of folded ears are not allowed to be shown. These cats usually have a coat that is not as dense as a regular Scottish Fold; their legs are also a bit longer, and they have very large, straight ears. But they do have the same wonderful disposition as a regular Scottish Fold cat does and they make excellent pets.
The Scottish Fold is not a vocal cat, unless they are a female cat in heat! The temperament of a Scottish Fold cat is extremely mellow and laid back. They also love to be held and cuddled close to their owner’s chest. This is not a bad thing, considering that their coat is so soft, almost like a rabbit’s fur in both density and silkiness, that every Scottish Fold owner will want to constantly cuddle with their cat.
Most Scottish Fold cats that have been properly bred have an average lifespan of approximately 15 years. However, they can live much longer than that as long as they are given good health care.
No matter what cat breed you decide on, make sure to have some fun toys when they arrive in their new home!