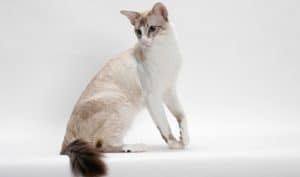 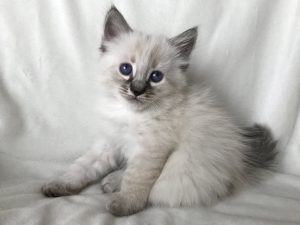 Balinese cats are wonderful companions. They will be there with you in times of need, consoling you with their company and they will be there in your times of joy, ready to play and join the fun. They are extremely affectionate and love to be in contact with their human family, sitting on their lap or draped across their shoulders as they walk.

Highly social, Balinese cats are sensitive to their owners’ moods and feelings and are more than willing to cheer them up with some happy chatter if they are feeling gloomy. Like the Siamese Cats, Balinese cats hate being left alone for long periods of time and can create mischief if neglected. So, if you are spending most of your time at work and planning to adopt a Balinese cat, it is probably a good idea to get a pair together.

On the other hand, Balinese cats are active and highly talkative. They will always find something to chat about and like to keep themselves busy, usually by being with humans, helping them with the dinner or chewing the broom as they sweep. For sure life with a Balinese is an adventure, always on the move and never dull.

Τhere is a great confusion regarding the Balinese cats origins. Some people believe that the breed was developed naturally and derives from the Siamese cat, while most talk about a crossbreed. The truth lies somewhere in between.

So occasionally the litter of Siamese cats contained some long hair kittens. Those kittens were held as house companions, instead of being demonstrated in contests, like the rest of the Siamese.

It wasn’t until the mid-1950s that two women from the States decided to commerce a breeding program for the longhair cats. The two breeders, Mrs. Marion Dorsey and Mrs. Helen Smith seem to have crossed a Siamese cat with a Turkish Angora and created the new breed. Her elegant and charming walking reminded the harmony of a Balinese dancer and that is how she got her name.

Balinese cats are named after Balinese dancers.    Balinese are not as vocal as Siamese Cats. Balinese are recognized as having the traditional color combinations of Siamese; Balinese of different color combinations are called Javanese.
Did you know cat hair isn’t the cause of reactions in people sensitized to cat allergens? The primary cause is an allergen produced in cats’ saliva. These allergens are spread to cats’ hair through grooming, which are then shed into the environment.

Balinese cats have a medium sized and wedge shaped head. The wedge starts at the nose and gradually increases in width in straight lines on each side to the ears. There should be no whisker break along these two lines, while the skull when viewed in profile should be slightly convex.

Balinese resulted from a genetic accident resulting in Siamese with long hair. Balinese have a single coat, rather than the double coat more common in long haired cats, which makes grooming easier.

Their nose is long and straight, continuing the line from the forehead without any break. The muzzle is rather narrow and the chin of medium size, with its tip forming a vertical line with the tip of the nose.

The typical Balinese cats ears are large, pointed and wide at the base, continuing the lines of the wedge.

Balinese cats eyes are medium sized, almond shaped and neither protruding nor recessed. They are set slightly slanted towards the nose to be in harmony with the lines of the wedge. As for their color, this can be nothing but intense deep blue.

Their neck as well as the rest of the body are long and slender. Moreover, the body is well muscled but still dainty and elegant. The shoulders should not be wider than the hips and the legs should be long and fine, ending to small and oval paws. The tail, finally , should be very long and slim, tapering to a fine point.

As for Balinese cats coat, it is fine and silky, of medium length on the body and slightly longer at the frill, the shoulders and the tail, which forms a plume. There should be no woolly undercoat, while the officially recognized colors and patterns are those of the Siamese cat, meaning:

If found in any other color, it is not a Balinese cat, but may be a Javanese ~ which is a similar breed with different coloration.