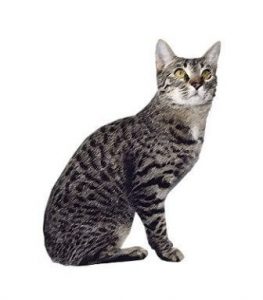 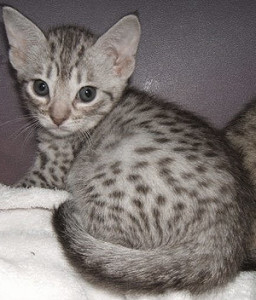 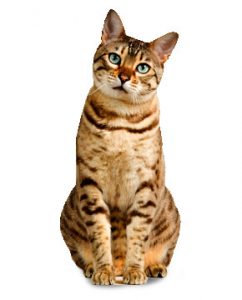 Despite their leopard appearance, California Spangled cats are completely domestic animals. These friendly cats adapt easily to new environments and love to explore new places. They will not display any negative changes in personality and will not hesitate to stop what they’re doing to go and greet new people. Needless to say, this is a very social breed that loves to interact with as many people as they can.

California Spangled cats are great options for families with children. In fact, children might be their favorite kind of people! Owners have claimed that these cats are very tolerant of rough play and will always be loving towards children no matter how aggressive they can get. On the other hand, these cats may be accepting of dogs but will not always want to be around them.

Owners should know that California Spangled cats love to run around, play and pounce. They also develop habits easily, so owners should care for creating sensible routines for them and the will follow them strictly. These highly intelligent creatures are also very trainable and are very affectionate with their family. They will often wake up their owners to either snuggle or to play with them.

The California spangled cat has a long, medium-sized body and leopard-like spots on its coat. These cats are muscular and strong. They have large, inquisitive eyes and an agile gait. They like to pounce and hunt.

This breed is very intelligent, and their favorite activities are hunting and exploring. They love to be in on all the action. These cats are very sociable and thrive on human interaction. They will want to sit on your shoulder to see exactly what’s going on.

The California Spangled is a large size domestic cat breed that originated from United States. It is also known as Spangle.

The Spangled Cat was bred in the 1980s to resemble wild cats like the ocelot and leopard. Although they were initially expensive due to their rarity, the breed has since been overshadowed by the Ocicat and Bengal.

Characteristics Unique to this Breed:

California Spangled cats are readily loved in any household since they’re the perfect playtime pet! Their curious and active disposition will gain everyone’s affection. Their wild appearance is sought after, making it seem like you have a household miniature leopard. However, they are rare creatures and they’re not readily available when you wish to acquire one. You must be in touch with a reputable breeder or California Spangled owner to be able to get one as a pet, and keep in mind that there is a waiting list.

The curious and loyal cat breed typically weighs 12 – 15 pounds for males, 10 – 13 pounds for females. They have short and spotted coat which will have minimal shedding and only need moderate grooming.