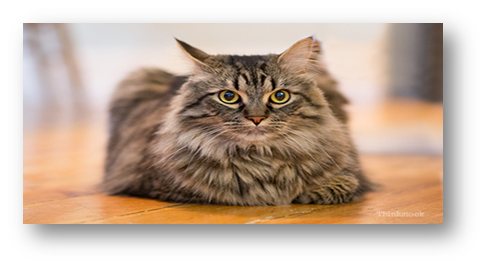 The Maine Coon is the oldest North American-based cat. Because of its heritage and distinct characteristics, it is also one of the most popular cats in the world. In fact, it has garnered so much respect in the New England area that it was named the state cat of Maine. Find out what makes the Maine Coon so special worldwide, not just in America.

The Maine Coon is known for being a very large cat. The cats typically weigh anywhere from 13 to 18 pounds, with the females significantly smaller than the males. Despite the females smaller size, she is often the most demanding of respect, and male Maine Coons tend to be the more playful gender. Both the male and female Maine Coon cats have a very muscular frame and are large not only in weight but also overall structure.

Due to their New England origin, the Maine Coon has developed a great number of characteristics ideal for braving cold conditions. For example, they have very large paws, perfect for traversing through snowy conditions. Maine Coons also have long coats that keep them warm and dry in wet conditions. Despite the long coats, the Maine Coon requires little coat maintenance, but do best with weekly brushing . Their tails are particularly bushy and serve as an extra means of warmth in the winter months. Though the most common coat is tabby, either all brown or brown and white, the Maine Coon can be found in almost any color.

The Maine Coon cat is very adaptable, which makes it an excellent pet cat. They are known for being intelligent, and thus easy to train. The Maine Coons are also of a pretty relaxed disposition, lending them well to households with children and even other pets. Additionally, you can expect the Maine Coon to remain playful throughout most of its life. Though they are not clingy, they are friendly and generally appreciative of attention from their owners.