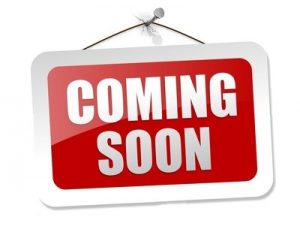 Ragdolls are smart, loving and playful. This breed easily shows affection and readily come to greet you when you come home and don’t be surprised if they follow you around, sit on your lap and snuggle up with you in bed.    Ragdoll cats enjoy learning tricks if you use positive reinforcement.  Never scold them, they are sensitive to negativity.

They may come when called and can even learn to play fetch. This sweet but playful feline prefers to remain on the same level as her people, rather than perched atop a bookcase or shelf. She’s good with children, other cats and dogs.

Ann Baker, a breeder in California, developed the breed in the early 1960s using free-roaming cats she found in her neighborhood. As time went on, she grew eccentric and other breeders broke distanced themselves to maintain the integrity of the breed.

Did you know cat hair isn’t the cause of reactions in people sensitized to cat allergens? The primary cause is an allergen produced in cats’ saliva.   These allergens are spread to cats’ hair through grooming, which are then shed into the environment.

Ragdolls are one of the largest domestic cat breeds. They have a large head in a softer wedge shape than the sharp angular face of the Siamese.

With a long, soft coat, oval-shaped blue eyes and medium-sized ears with rounded tips, their appearance matches their docile personality. They have a solid neck with a large and long, yet solid body, supported by a sturdy bone structure.

With point coloring similar to the Himalayan or Siamese breed, Ragdolls have light-colored bodies with darker extremities. With a color palette ranging from seal to blue to chocolate to cinnamon and more, the combinations of colors and patterns are almost endless. Ragdolls also have distinct blue eyes.

Because Ragdoll Cats have little undercoat, they shed moderately throughout the year and more heavily in spring and fall. This also means less matting, but regular brushing is still necessary to keep the coat smooth, soft and free of tangles, mats and dead hair. If you’re gentle, your Ragdoll will adore the attention during grooming.