How to Help an Anxious Rescue Dog or Puppy 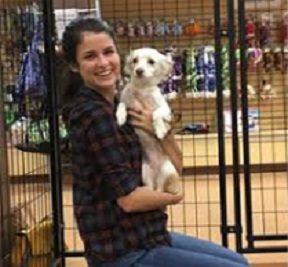 Arriving at their new forever home is likely to be one of the best days in any rescue puppy or dog’s  life!

However, the transition from shelter to family environment isn’t always easy for dogs.  They will do their best to ‘hide’ their anxiety as it is a show of weakness and makes them vulnerable [in their world] to other predators.

A large number of Rescue pets carry some level of trauma, either from negative experiences in a previous home, or simply from their full needs not being met during their stay in a shelter.

Here’s a look at what canine separation anxiety is, why it occurs, and how owners are helping their new pups deal with anxiety conditions.

What is Separation Anxiety?

Separation anxiety is a condition many dogs develop after becoming unhealthily attached to their owners or another person in their home environment (this is also known as hyper-attachment).

When dogs develop hyper-attachment, separating from the attached person can trigger panic, distress, and other negative behaviors.

Once separation anxiety becomes embedded, it can be triggered by a large number of things. If the attached person drives to work at 8 am each morning, leaving their anxious dog at home, then the sound of car keys jingling, or even the approaching time of 8 am, can be enough to set off an anxiety attack.

Other common triggers for separation anxiety include objects and events that suggest separation is about to occur, such as shoes being put on, doors being closed, or commands to go to a crate or bed.

When dogs are suffering from separation anxiety, they will commonly show several of these and other behaviors:

Some of the most common behaviors associated with separation anxiety can also be caused by other issues, such as lack of exercise, boredom, and lack of training during puppyhood.

To help differentiate between separation anxiety and other canine conditions, careful observation is required. Owners should look for signs of hyper-attachment, as well as patterns between behaviors and triggers.

One important thing to understand about separation anxiety is that dogs process time and distance a little differently from us. For dogs, it usually doesn’t matter whether their attached person has stepped out of the room for one minute, or left the house for six months: both can trigger an anxiety episode.

Why does Separation Anxiety happen to Dogs?

Experts don’t know the exact causes of canine separation anxiety, but they do know that dogs who a regularly left alone are more likely to develop symptoms. In general, dogs left alone in an indoor environment for more than two hours on a regular basis are more at risk of separation issues.

Canine experts also believe that hyper-attachment – the precursor to separation anxiety – is more likely to occur in dogs who have had more than one owner. The theory goes that does who lose a significant person in their life may be at risk of becoming unhealthily attached to new owners, which then leads to the development of separation anxiety.

Why is Separation Anxiety more likely in Rescue Pups?

Dogs who have spent time in shelters are more likely to have experienced both of the above conditions. Before entering a shelter, dogs may have been left alone for long periods (sometimes due to neglect). They may also have been passed between multiple owners.

Even if dogs haven’t experienced these upsetting events before entering a shelter, the nature of shelter life makes it more likely that they’ll encounter increased periods of isolation, and a lack of a single, consistent owner.

Note: just because rescue dogs are more exposed to separation anxiety risks, it doesn’t mean that all dogs from shelters will develop an anxiety condition.

Here are a few things that owners can do to help Puppies and Dogs overcome issues with Separation Anxiety.

However, If symptoms of separation anxiety are particularly serious (such as heightened aggression and biting), owners should reach out to an animal behavior specialist.

Regular exercise is not only a great to set up a stable routine for newly adopted pups; it’s also important for ensuring they get enough mental and physical stimulation. Dogs are less likely to experience anxiety symptoms if they receive opportunities to burn off all their excess energy and to experience a diverse range of sights, sounds, and smells.

A good variety of structured walks and chances for play also sets up a healthy dynamic between owner and pet, where there are clear expectations for playtime versus alone time.

Over the past few years, pet CBD oil has become a go-to daily treatment for canine anxiety. Because it’s a safe, non-intoxicating extract, CBD can be given to nervous dogs regularly to help them calm down and become more responsive to their owners.

CBD works by interacting with receptors – called CB1 and CB2 receptors – in a part of dogs’ bodies called the endocannabinoid system. This system is partly responsible for triggering stress and inflammatory responses across major organs. Researchers believe that CBD is able to mitigate these stress responses, resulting in a reduction of anxiety and inflammation.

Dogs feel safe in enclosed, small spaces ~ but always where they can see and still feel connected to their ‘pack’ ~ you and the rest of the family ~ always, day and night.  Never ever isolate your dog or puppy, ever!

Crate training is designed to introduce a safe, private space within a home in which a dog can feel calm and secure. The safer dogs feel when alone, the less likely they are to develop symptoms of separation anxiety.

The key factor in crate training for rescue dogs is to ensure positive associations with spending time in the crate. Owners may need to progress super-slowly, and with a lot of caution, as rescue dogs are likely to be more susceptible to feelings of containment and confinement.

Be sure to place the crate where the dog can see you, or someone in your family at all times.  Never isolate them.

Dogs are ‘pack’ animals and placing them in isolation, even for a few minutes can trigger ‘anxiety’ leading to enhanced negative anxiety responses both mentally and physically.

During the training process, don’t forget about your own well-being. Dealing with separation anxiety can be upsetting for owners, so try to reach out to friends and family for support.

Because separation anxiety among rescue dogs is so common, your shelter is likely to have resources ready to help, so don’t hesitate to give them a call.

While canine anxiety is super common among newly rescued dogs, successfully achieving independence is a key step towards your pup’s long-term happiness.Overcoming separation anxiety requires patient, consistent actions that let dogs know there’s nothing to fear. Regular exercise, CBD supplementation, and crate training can all help with this. 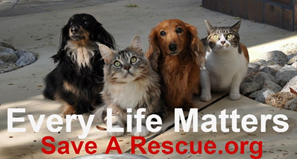