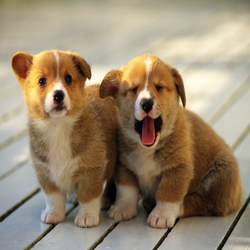 **For more information go to our Article called “Benefits of Spaying & Neutering”!

Spaying and neutering your pet is currently the most effective birth control method for cats and dogs. By “fixing” your pet, you can help them live a happier, healthier and longer life while contributing to reducing the homeless pet population.

#2:  What Are The Benefits Neutering?

of your male impregnating a female pet. Neutering is the only effective

method of birth control for cats and dogs.

Stops The Mating Drive: Your male pet will have a reduced urge to roam in search of a female for mating. This also reduces the possibility of fights, injury, poisoning, accidents and contracting diseases.

Provides Behavioral Advantages: Neutering your pet will eliminate hormonally influenced behaviors. Your pet will have decreased aggression and fewer urges to mount furniture, other pets, or people, as well as a decreased desire to roam. Since your pet’s number one priority will no longer be looking for a mate, they will have increased concentration and a longer attention span, making them a better companion.

It Saves Lives, Time And Money: Just like spaying, neutering can save pet’s lives while saving you time and money. One neuter surgery is more economical than taking care of several litters of kittens or puppies.

Your pet has no concept of sexual identity and ego. His biology and behavior developed in the wild to produce as many offspring as possible so his species could survive. In our modern world, this many offspring only add to the sum total of unwanted pets that are unnecessarily killed in shelters.

#4:  What Are The Benefits of Spaying?

Prevents Pregnancy: Eliminates the possibility of your pet having a litter and is the only effective method of birth control for cats and dogs.

Prevents Your Pet From Going Into Heat: Heat is the term used to describe the season when female pets are sexually receptive. Not only does a heat happen twice yearly for dogs, and even more for cats, onset can happen as early as four months of age.

Provides Behavioral Advantages: Addresses problems such as pregnancy due to an unwanted male visitors and undesirable behaviors such as constant yowling, crying and nervous pacing, as your pet will not be seeking a mate.

It Saves Lives, Time And Money: Dogs can have up to two litters per year while cats can have as many as five. Spaying can save pet’s lives while saving you time and money. One spay is more economical than taking care of several litters of kittens or puppies.

Both procedures can be performed as early as eight weeks of age. If you haven’t spayed or neutered your older pet, it’s never too late to late to discuss the procedure with your veterinarian! Extra precautions are taken with older pets to ensure they are handled with special care. In either case, check with your local veterinarian or clinic to set up an appointment.

#6: The Procedure Costs Too Much, How Can I Afford It?

The cost of caring for a pet, including providing veterinary care, should always be considered before acquiring a pet. Pets rescued from the shelter will already be spayed/neutered.

If you would like to provide a good home for a pet, but cannot pay for the procedure, look up a low-cost spay/neuter provider near you. They will be happy to provide information on options available to you

The bottom line: The cost of having a litter far exceeds the cost of a spay/neuter procedure.

#7:  But Shouldn’t I Allow My Female At Least One Litter Before Being Fixed?

There is no medical evidence to substantiate any benefits to allowing a dog or cat to have a litter before spaying. In fact, spaying female dogs and cats before their first heat is much easier on your pet. Smaller pets have less body fat, meaning less tissue trauma and less bleeding. Smaller pets need less anesthesia, meaning they will wake faster, and in most cases are able to come home the same day. By spaying as early as possible you are being responsible by not adding to the homeless pet population.

Some people argue they want their children to witness the miracle of birth. You can still do that. There are thousands of rescue and shelter organizations trying to help animals that have been abandoned by irresponsible pet owners, many of which are pregnant. Volunteer to foster a pregnant dog or cat. You will be helping the group as well as the animals, all while giving your children the chance to see a litter being born and raised.

No. Shelters do their best to place animals in loving homes. Despite efforts many healthy and adoptable animals in our community are still susceptible to an untimely death.  ½ of all Dogs & Cats turned into Shelters are put to sleep ~ usually due to overcrowding!

Statistic:  Over 4 Million Dogs & Cats are submitted to Shelters/annually.  Less than ½ get adopted.   Average:  8,000-11,000 Dogs & Cats are euthanized every 24 Hours at Shelters nationwide

#9:  Can Just One Cat Or Dog Make That Much Of A Difference, really?

It’s true that you may find homes for your pet’s entire litter. But each home you find means one less home for homeless animals in shelters facing euthanasia due to lack of an available home. Furthermore, in less than one year’s time, each of your pet’s offspring may have his or her own litter, adding even more animals to the population. Then their offspring have offspring and so on and so on. By fixing your one pet you can help save hundreds, if not thousands, of lives.

Many purebred pets end up in shelters just like mixed breeds. The Humane Society of the United States estimates as many as 35-40% of shelter dogs are purebred. Additionally, breeding in almost all cases requires a special permit, is costly, time consuming and does not create a clone of your pet.

All of us are affected by homeless pets. Millions of tax dollars are spent annually to round up lost, abandoned, and unwanted pets. Much of that money is spent to destroy these animals when homes cannot be found. Health is threatened by the danger of transmittable diseases such as rabies, as well as animal bites and attacks. Property may be damaged and livestock killed when pets roam in search of food. It is only when all of us assume the responsibility for the homeless pet population that we will see any decrease in the problem.