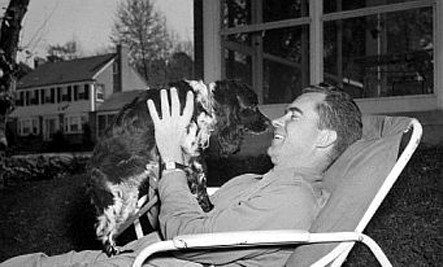 The Dog Who Was Loyal to the End

Hidesaburo Ueno, Hachiko’s human companion, would meet with his beloved pooch every day after work at Toyko’s Shibuya station. That is until Ueno passed away suddenly and never returned to the train station. Until his own death nine years later, Hachiko would wait patiently at the train station for Ueno. That’s a truly loyal dog!

The Dogs Who Saved a Village

When an outbreak of diphtheria threatened the remote village of Nome, Alaska, it couldn’t have been worse timing. The last ship of the year had just set sail, and the area’s only doctor did not have enough medicine to treat the serious and highly contagious condition. So the Board of Health had no other option — they had to send the medicine via sled dogs. The team of dogs and humans raced against the clock, completing the 674-mile journey in just five and a half days, a record that has never been beaten to this day. Balto and Togo were both team leaders, though Balto received considerably more fame.

The Pooch That Saved (or Hurt?) Nixon’s Political Career

During his run for Vice President in 1952, President Nixon became engulfed in controversy over his acceptance of private donations — including Checkers, a black and white Cocker Spaniel. He addressed 60 million people on television about the controversy and included a 60-second mention of his pooch. The emotional speech resonated with the public — and Nixon was kept on the VP ticket. However, some historians believe the nature of his speech may have contributed to his loss in 1960.

The Dog Who Traveled 2,800 Miles Home

In 1923, Bobbie and his family left their home in Silverton, Oregon and went on a road trip. Somehow, while in Indiana, the dog became separated from the family and, though they searched high and low, was thought to be gone for good. Not quite. Bobbie showed up on their doorstep — 2,800 miles away — six months later. After his return, Bobbie became a national celebrity, even playing himself in a silent film!

The Pug Who Foiled An Assassination Attempt

William the Silent was not a well-liked guy. As the main leader of the Dutch Revolt against the Spanish, the Prince of Orange was a target for assassination. One night, when the Prince was asleep in his tent, his loyal companion, Pompey the pug, heard assassins creeping towards them. He barked, scratched, and jumped on the Prince to alert him, and, in the end, save him from death.

The cave paintings of Lascaux hadn’t been seen by humans for thousands of years — until Robot, on an adventure with his four teenaged friends, started sniffing at a hole in the ground. The boys were intrigued by what Robot had found, and went to investigate, only to discover some of the most historically significant Paleolithic art in the world.

Your dog’s hair isn’t kicking up your allergies – it’s your dog’s dander! Dogs, like humans, continually shed dander or microscopic skin flakes.   When airborne it is easily inhaled and what causes many of us to have an allergic reaction such as itchy, watery eyes, runny nose, sneezing, wheezing, etc. If you are prone to an allergic reaction to dander, and still want a dog for a companion, then consider one of these breeds listed here that are known to be low shedders which results in producing less dander to contend with.

To be on the safe side spend some time with one of these breeds and watch how you react to them.  Sometimes just washing your hands often after playing and petting your pouch, and being careful not to touch your face with your hands is enough to ward off any allergic reaction.  I personally happen to be highly allergic to dogs and horses, yet have made both these wonderful animals my lifelong love, career and training, behavioral expert.   I have found numerous breeds that I have absolutely no re-action to; so stay open and give one of these lucky breeds a chance to share their life with you!