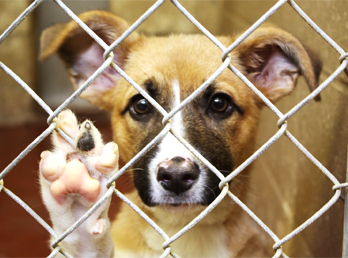 Myth #2: I Can’t find what I want online, from a Rescue or a Shelter!

Save A Rescue lists the most, more than 100,000+, adoptable dogs & cats on our website and APP. They all need a forever new home.  Get cracking and start browsing. Be sure to upload our APP and browse away. Did You Know? that 6-8 million dogs and cats enter shelters each year and it’s estimated ½ of them are euthanized due to overcrowding.

8,000 Pure Breed Rescues ~ representing 210 different pure breeds in need of new forever homes.  Check them out.  Get browsing & find what’s near you or nationwide ~ we’ll even work with you to transport that special one to you, one that your heart becomes set on.

Myth #3: I can get a ‘free’ dog listed in the newspaper ~ so why pay an adoption fee?

While getting a ‘free’ pet may seem like a bargain at first, you’re then responsible for veterinary costs that Shelter/Rescues and Rescue groups usually cover, including:

Pet stores play on our sympathies by keeping dogs in small enclosures and in storefronts. But paying the pet store to let you ‘save’ the puppy gives those stores exactly what they want – income – and perpetuates the puppy mills ~ where these puppies come from.

Did You Know?  Many ‘store bought’ puppies die in transport ~ you’re viewing the ones that make it to the retailer alive.

The inbreeding is epidemic which creates numerous, and expensive, medical issues later.

Myth #5: Less than 3% of Dogs are given up to Shelters and Rescued because they didn’t make good dogs!

The main reasons dogs are given up include:

Myth #6: Shelter/Rescue dogs have too much baggage!

Myth #7: Shelter/Rescue dogs are not good dogs, or else their previous owner[s] would not have gotten rid of them

Animals are brought to shelters/rescues for a variety of reasons, some of which are:

Myth #8: Animals from abusive homes will never make good dogs because they have been mistreated for so long

Dogs adjust better and faster and statistically are known to be the most forgiving animals.   Most dogs coming from abusive homes will typically make a full emotional recovery – with proper care and attention. In fact, many of them are so grateful to be Rescued from their previous situation, they end up being more devoted and loyal than animals coming from non-abusive homes.

Myth #9: You never know what you’re getting from a Shelter or Rescue

Although it’s true that the medical history and temperament of a dog adopted from a Rescue Shelter/Rescue is  not always possible to track down, it’s really no different than an animal you might get from a pet store, or from unknown previous owners looking to ‘dump’ their pet quickly.

Myth#10: All dogs in Rescue/Shelter facilities are sickly or unhealthy

The majority of the dogs in shelters/ rescues are healthy and if not are treated for anything observed by staff before ever being allowed to be adopted out as opposed to a pet store owner or breeder who generally are more interested in making a profit.

Pet store puppies come from puppy mills and the staff are taught to tell you they come from a ‘reputable breeder’ ~ the puppy mill breeder! They are taken from their mother’s way to early, shipped [many die in transport] and then are kept on display in tiny cages, often with multiple animals in one cage. When you go to a shelter/rescue, you will usually find much bigger animal kennels where they have room to move.

Feel free to check our website & be sure to upload our APP to browse our tens of thousands of dogs and cats ready and waiting for a second chance.